Sorghum: The Sweet Taste of Success 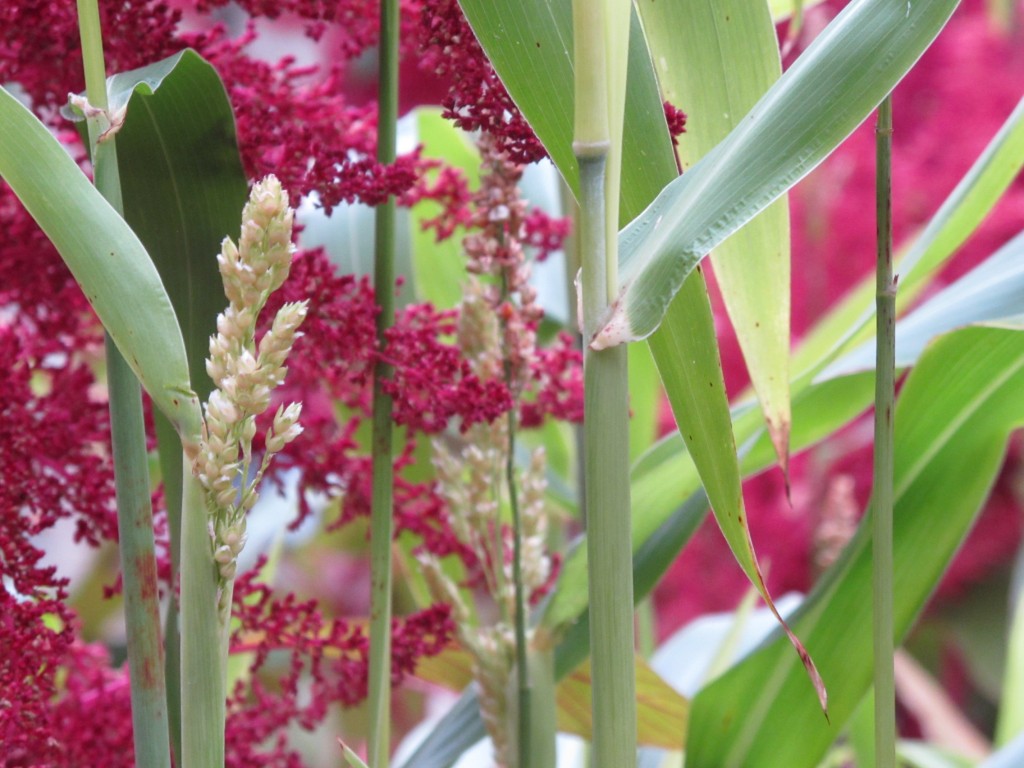 Sorghum in the garden 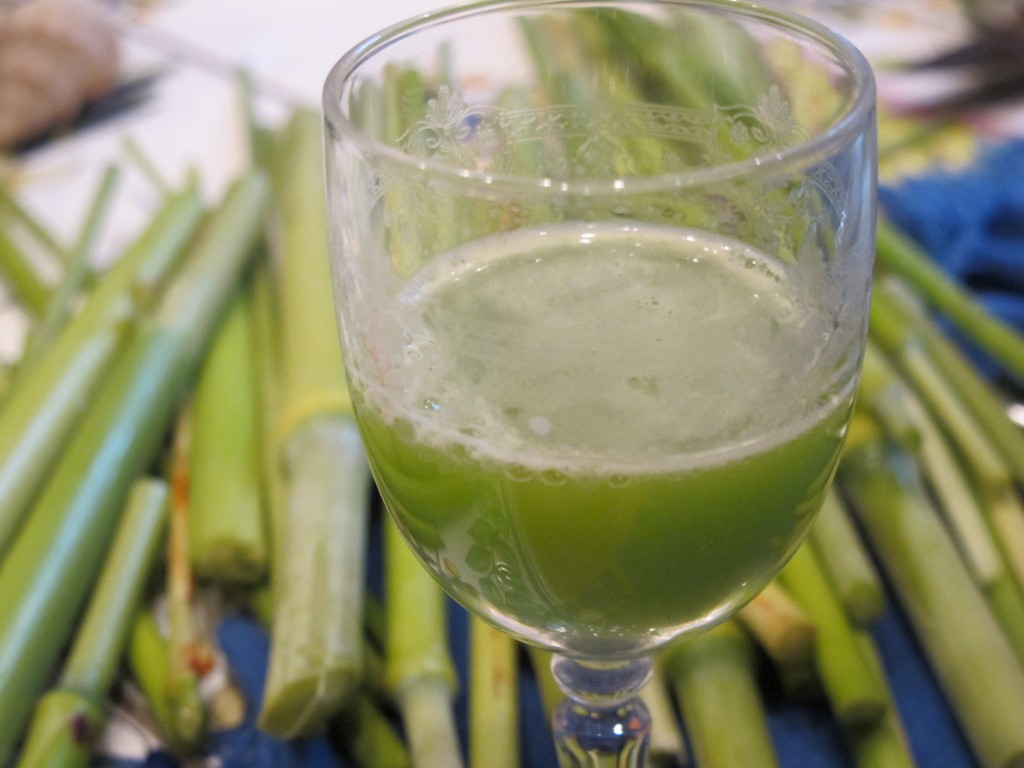 Sorghum is widely grown in the Southern United States. Its sap is extracted and evaporated to make a sweet syrup along the line of molasses, which is made from sugar cane. Traditionally there were parties, where the community would get together to cut the sorghum, squeeze and boil the syrup. Today Ariel and I alone went out to the garden to cut the sorghum. To extract the syrup we used a pasta maker. 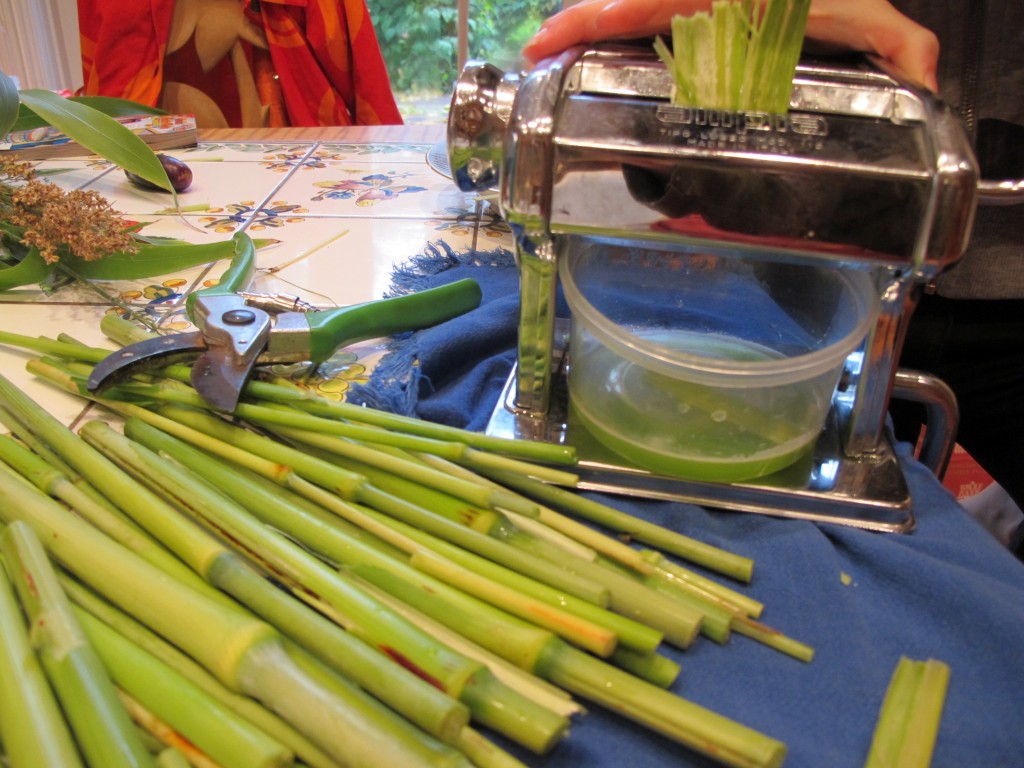