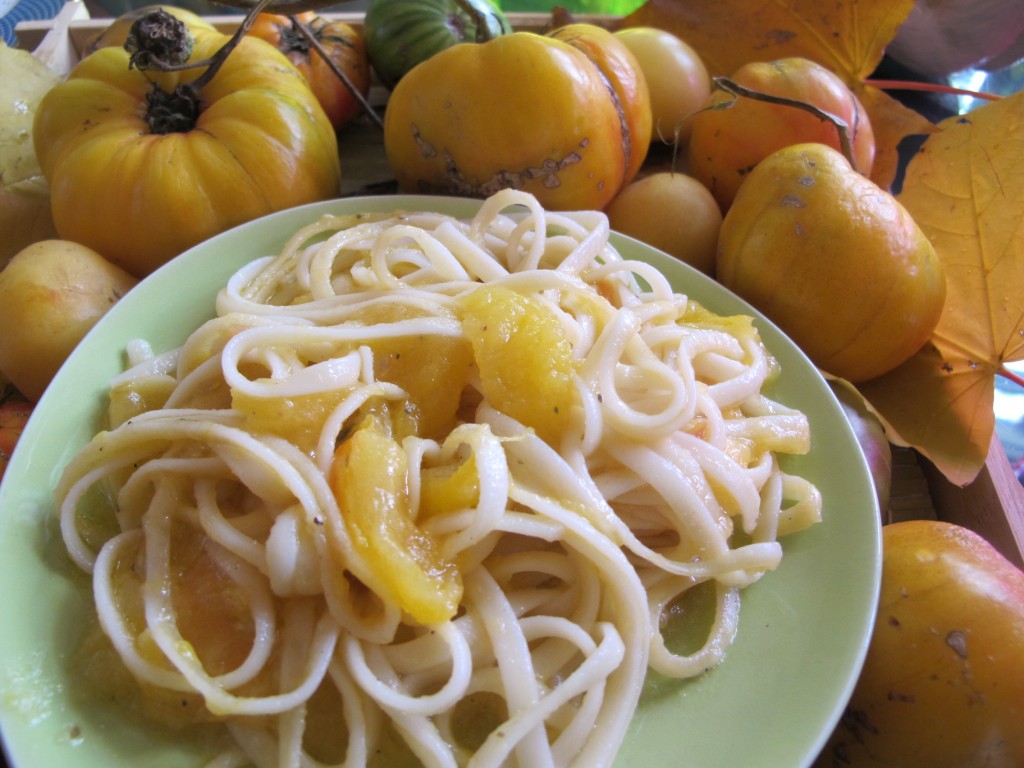 Today, there were snow showers.  The time for picking tomatoes from the vine has passed for this year. I used the yellow tomatoes that have been ripening on the table in my breakfast room for a quick pasta sauce.

Plunge the tomatoes into boiling water. Remove the tomatoes with a slotted spoon and cool under cold running water. Peel and coarsely chop. In the meantime cook linguine. When the linguine is almost cooked, drain, retaining some cooking water in the pasta. Return to pan and toss the tomatoes into the pasta. While cooking on a medium flame, add salt and pepper to taste and olive oil to coat. Continue cooking until the tomatoes have formed a sauce and the pasta has cooked. Serve. 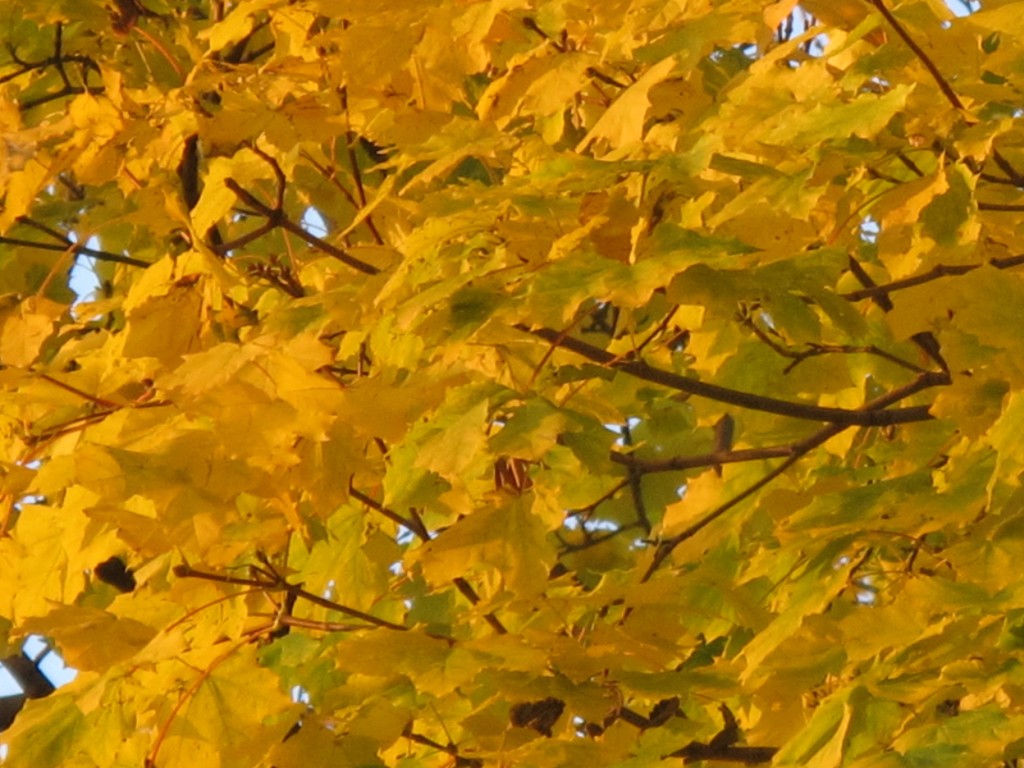 Maple in my back yard: In Spring I will attempt to tap it for syrup