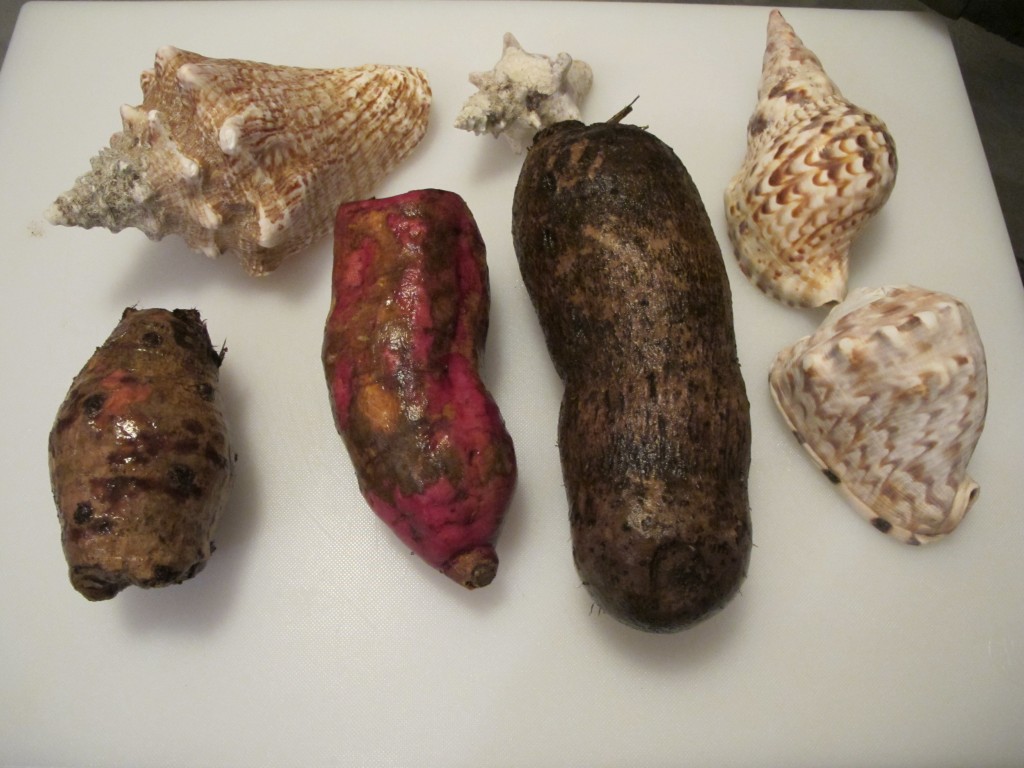 Buying groceries at the local supermarket named Starfish, I was also perusing the aisles for local fare. The only thing I came up with were basketful’s of tubers; tania, local sweet potatoes and yams. They were positioned in baskets next to several varieties of  potatoes. I asked the women behind the deli counter how to prepare them. As I held each item up, the answer was the same. Peel them and boil them. At first I laughed inside, but if someone asked me how to prepare potatoes I would answer the same. Maybe I would add frying and mashing to the mix. And why do we need all those varieties of potatoes? The flavor differences are subtle but the qualities of the starches are not. 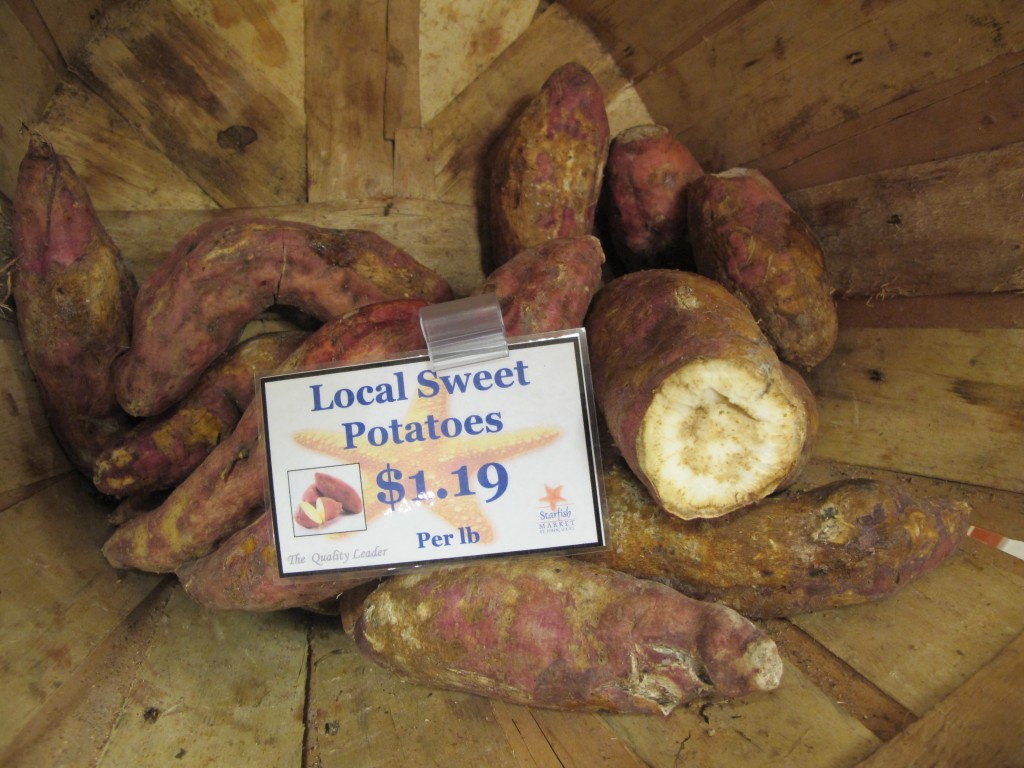 Preparing them at home, the yams were slimy when peeled and raw and the sweet potatoes oxidized quickly.The tania was well behaved. Cooked, the tania was a dense coarse starch and had a faintly floral taste.The yams bland, and not sweet and slimy like the Thanksgiving ones. The taste winner was the local sweet potato. It was very faintly sweet and when boiled and mashed could pass for a chestnut. An interesting idea for the future, to make faux chestnuts if I could find the then, unlocal, sweet potatoes at home in Toronto. 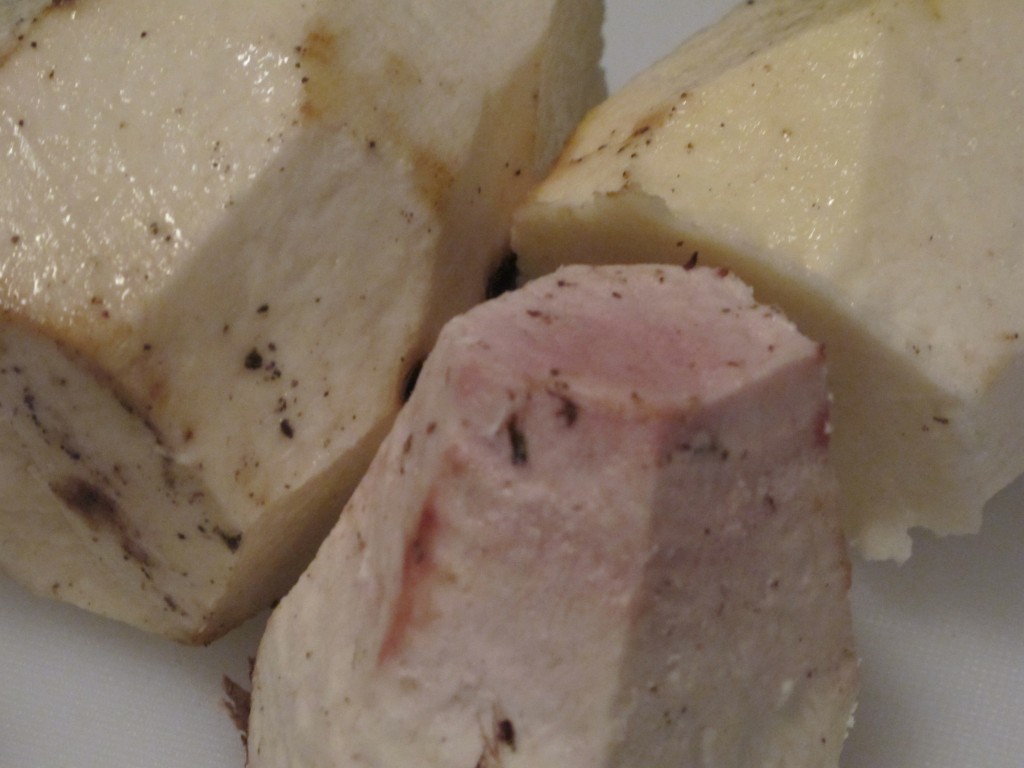 Tania, sweet potato, and yam peeled and ready to cook

Thinly sliced like chips and fried in butter the sweet potatoes were my favorite but the tania had its defenders too. The yams probably would do their best in a stew where its starchy texture would sop up other flavors. The left over boiled sweet potatoes? I decided to create what I would call foo foo croquettes, a fanciful name that brought to mind our Tai Chi master in Dali. When we asked how we were doing in our technique he would answer” foo foo”. Apparently that meant so so in Mandarin. Foo Foo is in reality an East African dish, a sort of mashed potato made of yams, plantains or other starchy “ground provisions”.

Mash the boiled sweet potatoes. Add a healthy shake of Old Bay Seasoning www.oldbay.com and the same of ground cinnamon. Shape into croquettes and fry in butter until brown and crisp on the outside. Clara declared them delicious like a Korean sweet. Joel ate them hungrily. 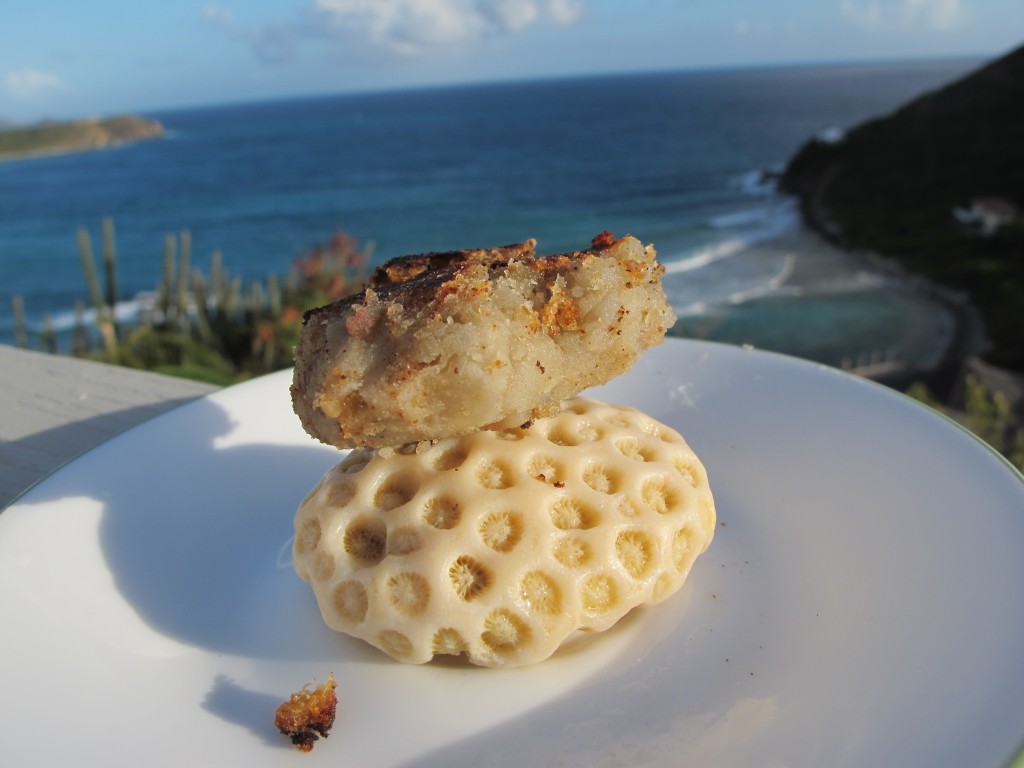 the delicious sweet potato"foo foo" patties served on a coral