Of Rye and Radishes 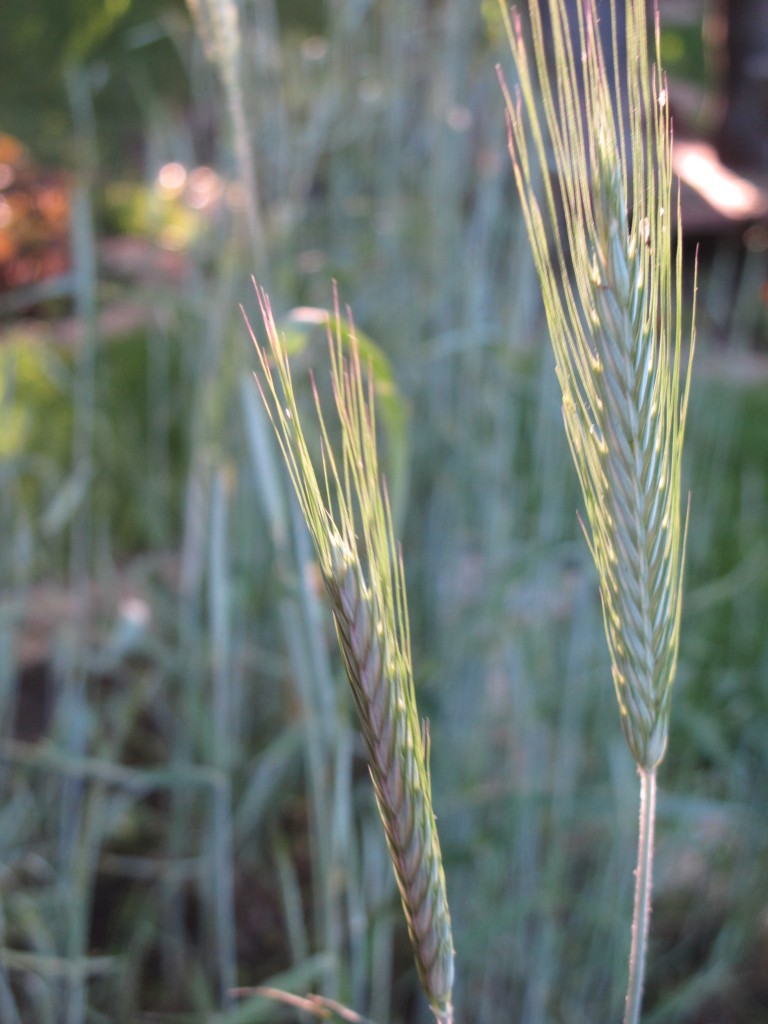 Rye in my garden 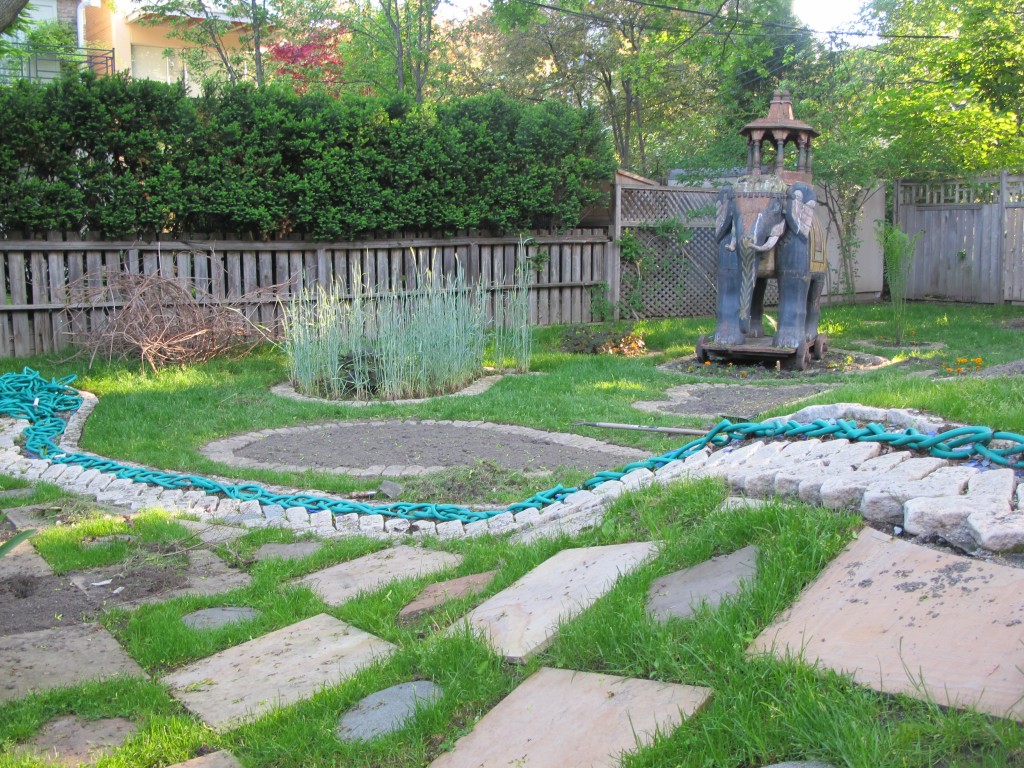 Rye in the paisley bed near my elephant

This morning looking out at my garden, I noticed that the rye was ripening in the paisley bed near the elephant. How did that happen? Just yesterday I had pulled out the maple syrup taps from the maple tree. Meanwhile, on the boulevard in the front yard, my Spring planting of lettuces and radishes was ready to be harvested
I remembered many years ago when my brother was in medical school in Brussels, Belgium, we drove out to the countryside to a specialized restaurant to partake of a Spring ritual of eating radish and cream cheese sandwiches. It being Belgium, I have a vague memory of beer drinking being involved. 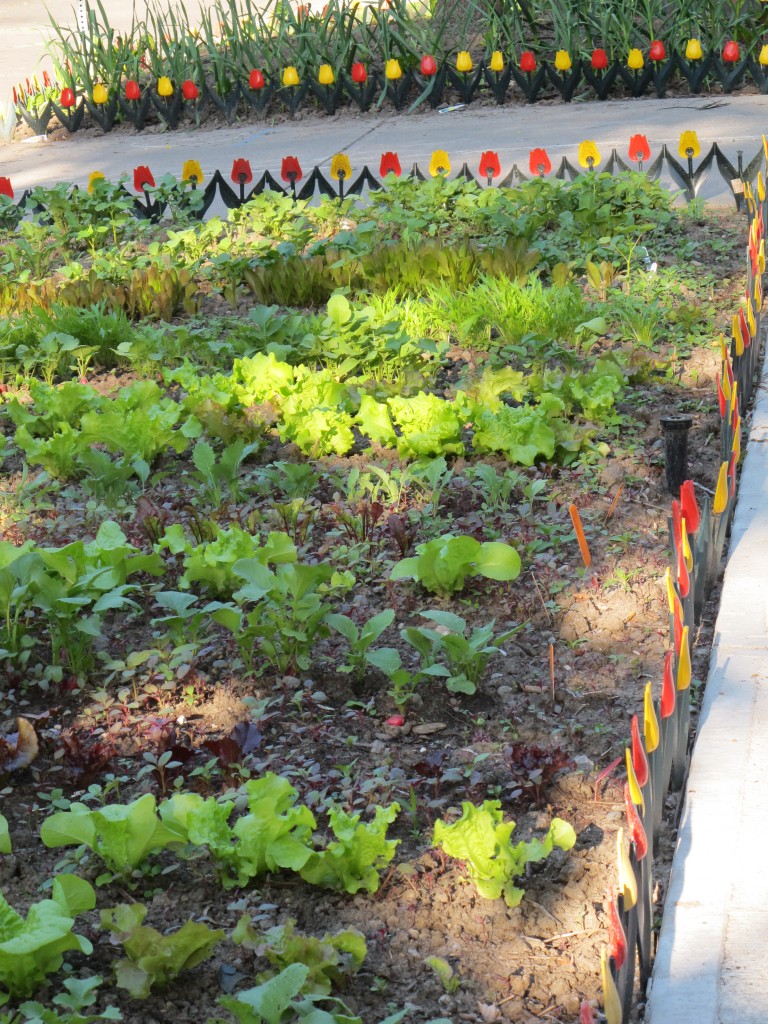 Spring planting of lettuces and radishes on the boulevard 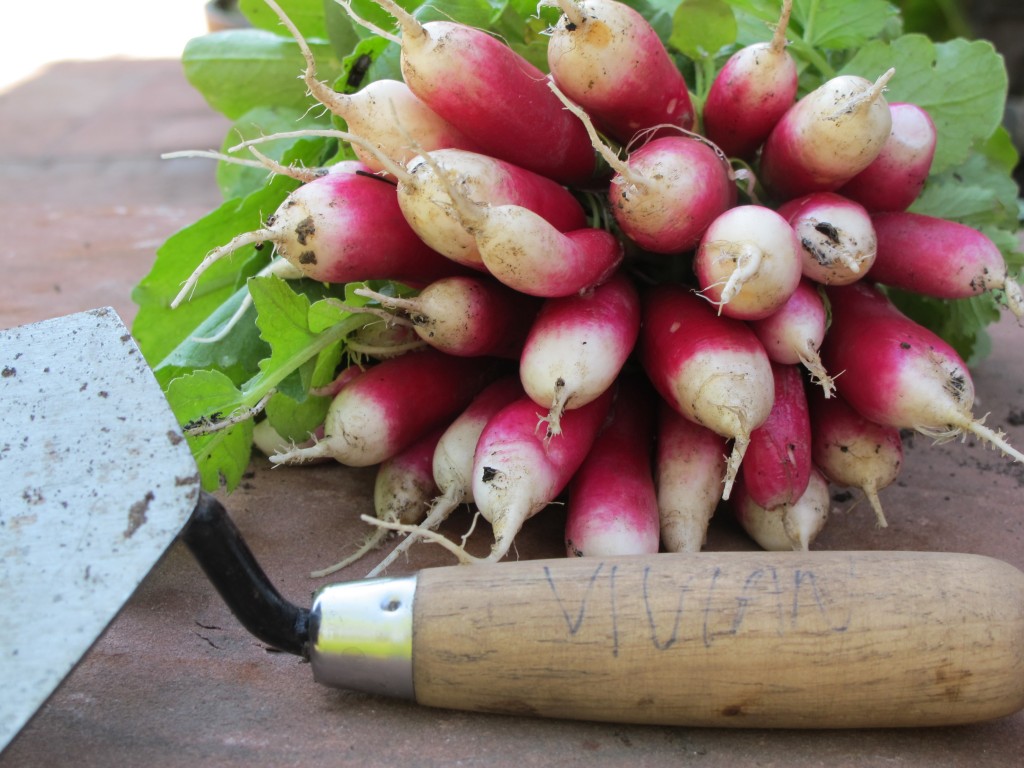 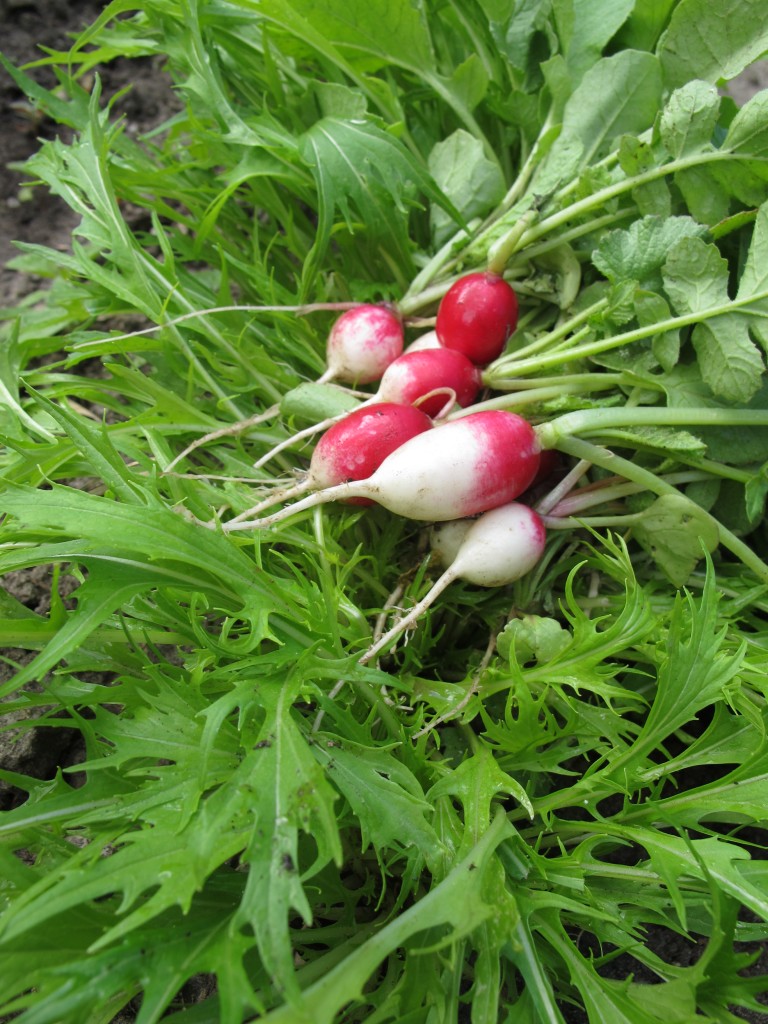 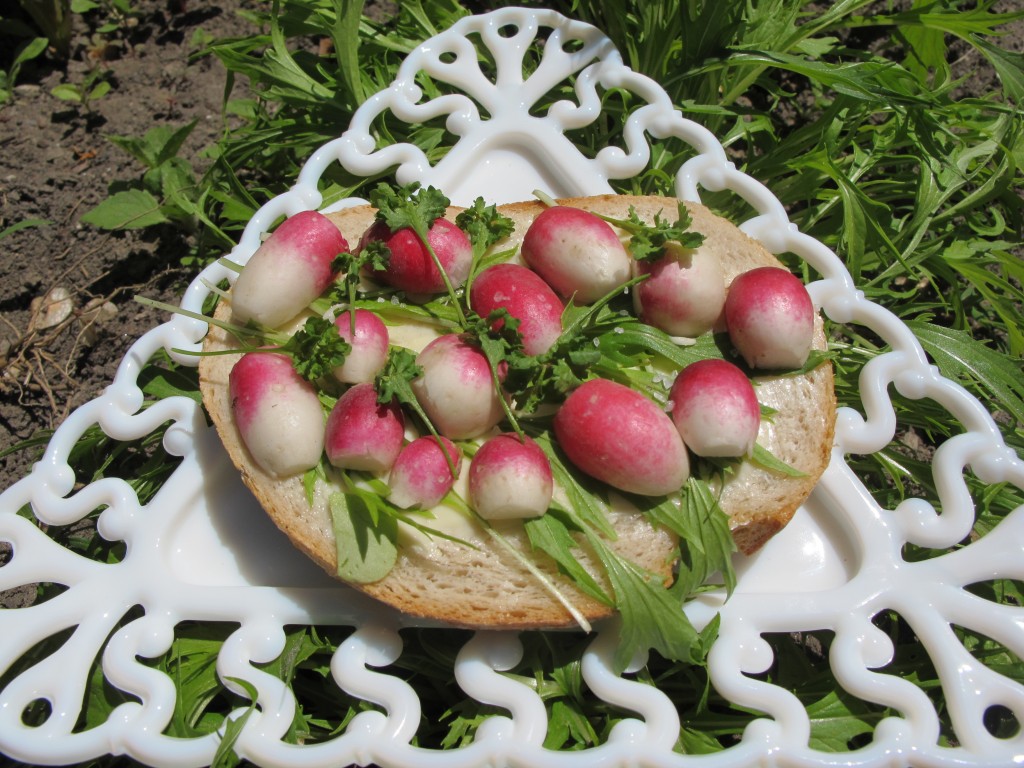 No, I did not mill the rye to have flour to bake bread but I did buy a loaf which provided the base for the same sandwich I ate several times a day a few days running.
The recipe is simple: for each sandwich take a slice of rye bread and spread with softened sweet butter. I wanted to combine spicy greens along with the radishes knowing that the butter would temper the heat and provide a taste contrast. I picked some mizuna and placed it on the bread followed by radishes cut in half lengthwise and topped with a garnish of curly cress and a sprinkling of a little coarse sea salt. 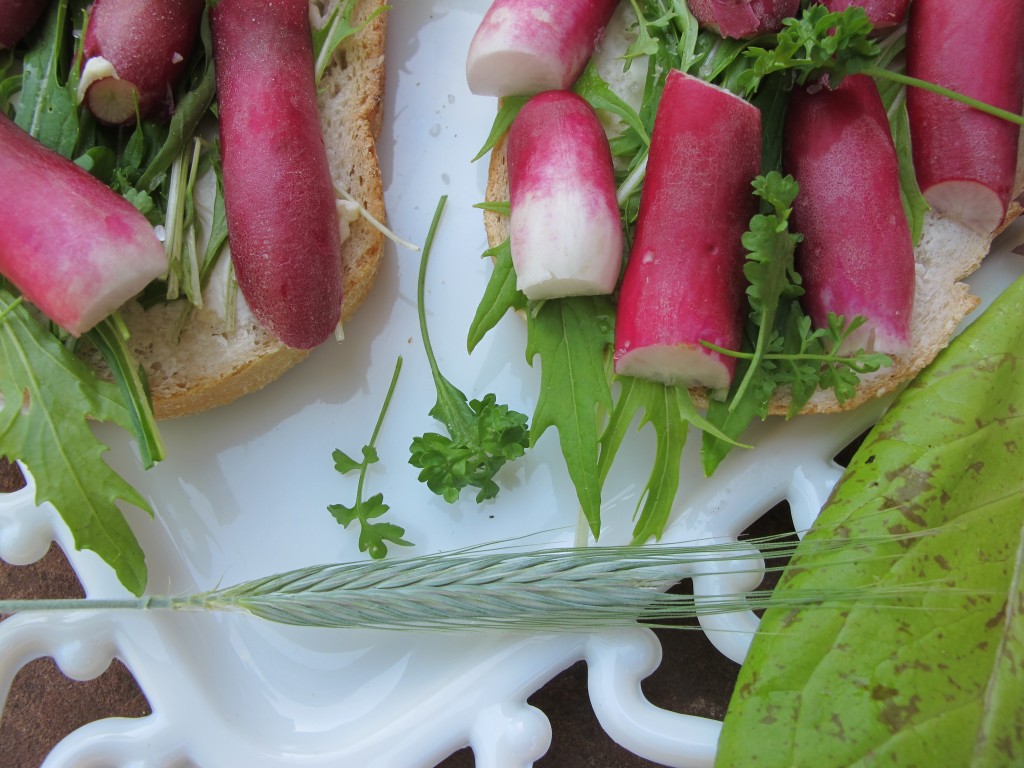