Fleeting Summer, Breakfast in a Flash 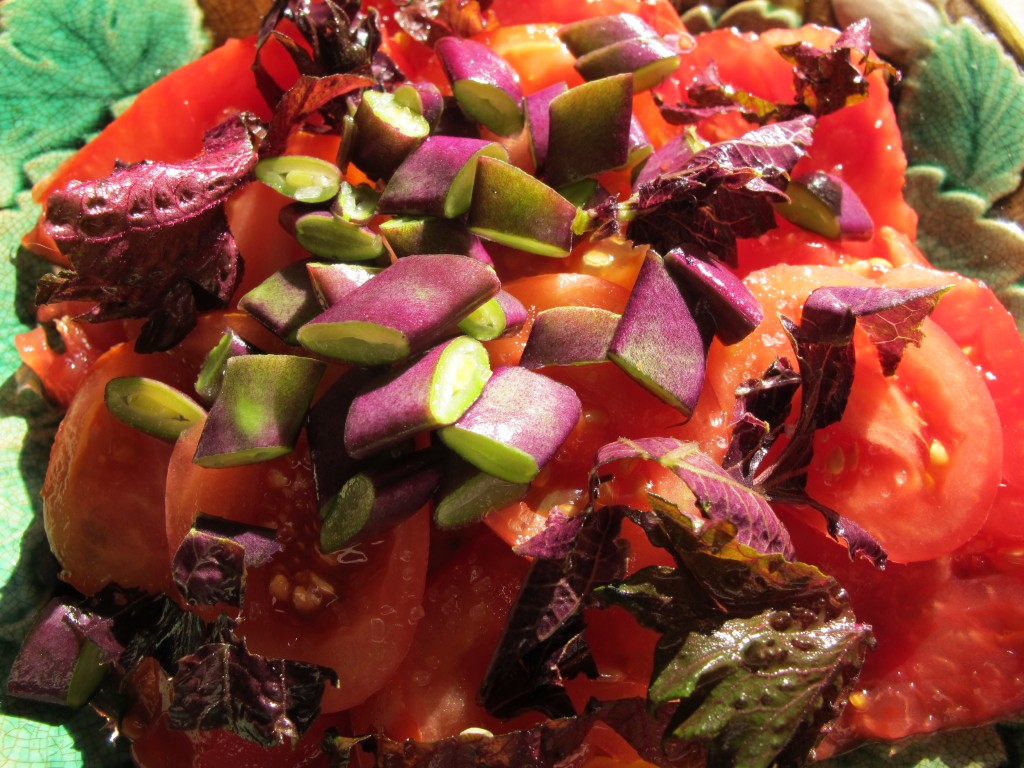 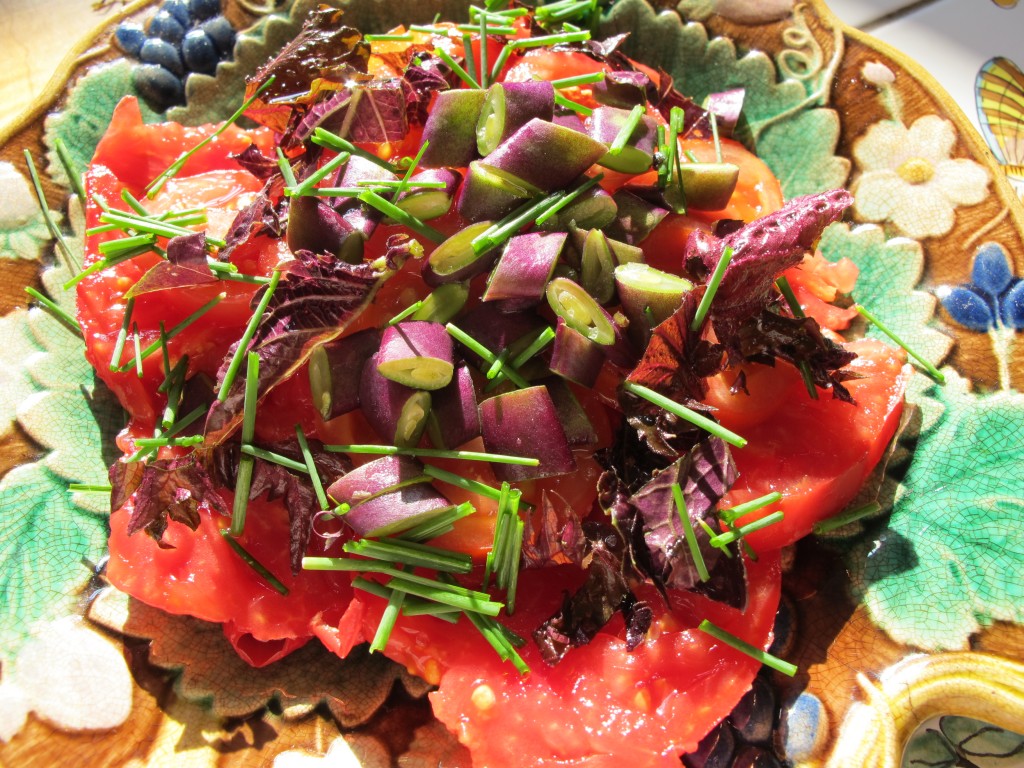 One of my favorite cookbooks is Edward de Pomiane’s cookbook ,”Cooking  in 10 Minutes”[ first published in 1948] I love it, not so much for the recipes, but for the theory that a delicious meal could be prepared in ten minutes.The first thing he advised doing when entering the kitchen is to put on a pot of water to boil, as bringing water to a boil took the longest of the processes he proscribed. He should know. Edward de Pomiane was a scientist and before molecular gastronomy was popular ,often described the chemical reactions in food preparation.

This morning I bested his ten minutes. I simply walked out the kitchen door into the garden.I picked tomatoes, basil, shiso, purple pole beans and chives.Back in the kitchen I sliced and layered the ingredients, sprinkling them with sea salt and olive oil et voila! Breakfast in minutes.

Luckily, I had heeded his advice and had put on a kettle of water to boil. I picked some chocolate mint, lemon verbena, and a few scented geranum leaves, crammed them in a carafe, and poured boiling water over them . Instant breakfast herbed tea!

‘ The Adaptation to the Rhythm of our Time” What is more fitting for our fleeting  Summer than breakfast in a flash? 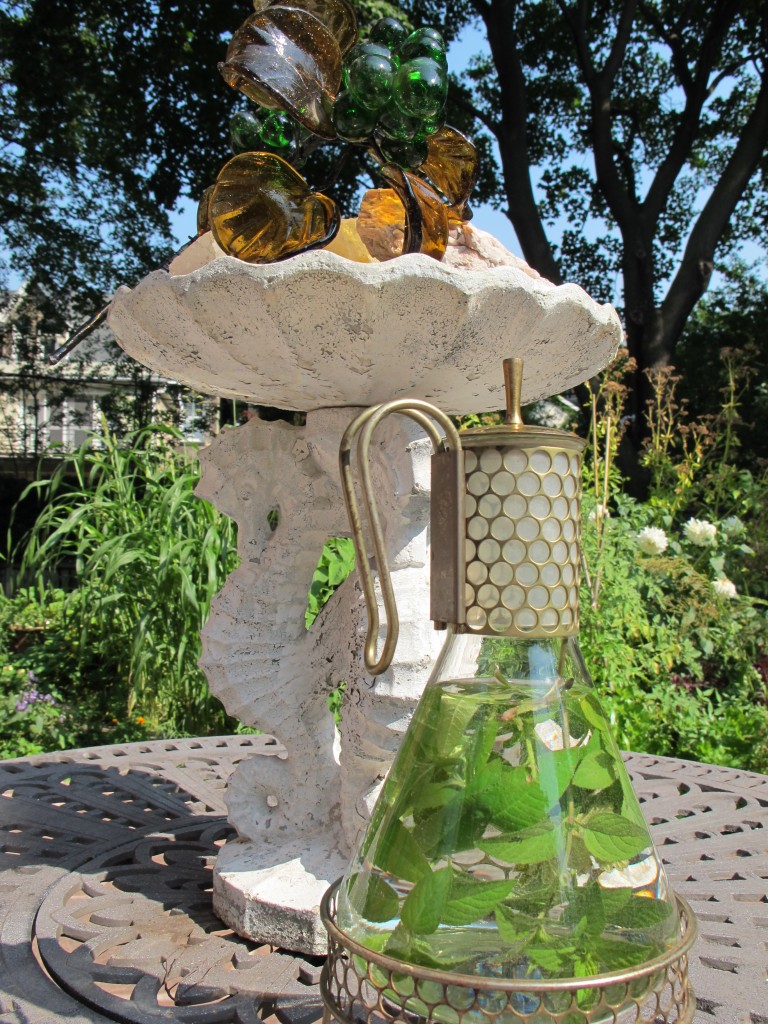 herb tea in the garden