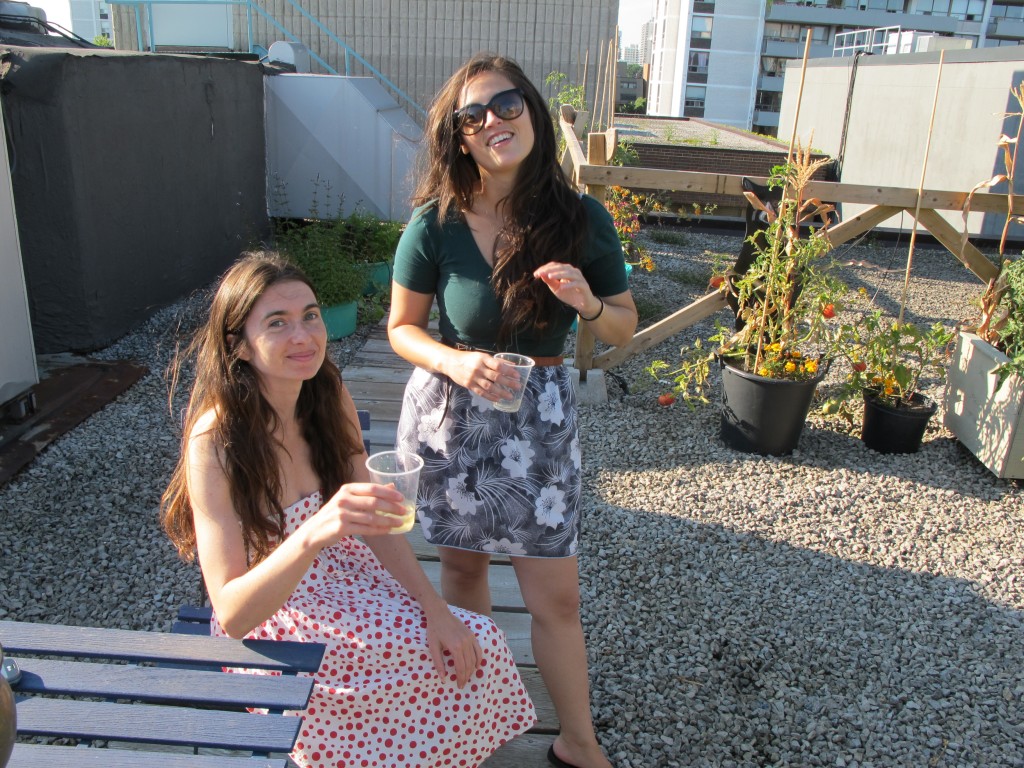 Ariel and Rachel have been  friends since they met at Frosh week at university. The two would sit at my kitchen island as I fed them delicacies that I had just cooked. Rachel would sometimes refer to me as “The Chocolate Goddess.”I think that  would have been after I served them the Rocky Road Brownies I made for special occasions. They would both eat from one plate and have a running commentary on the food. I suggested that they have a  TV show, not another cooking show, but ” The Ariel and Rachel Eating Show.”

Rachel moved to Jerusalem where amongst other vocations, she reviewed restaurants and edited cookbooks. After seven years in Israel she  had just returned to Toronto to live. The tomato tasting was the first time I saw Rachel since she landed in Toronto. How appropriate, Ariel and Rachel could taste tomatoes , eat them from the same plate and have a running commentary on their flavors.

When Rachel tasted the “Isis Candy”, a cherry tomato she remarked, “This is sweeter than a raspberry!”  A great comment, since raspberries have a tartness not usually associated with fruit and the Isis” had a sweetness not usually associated with tomatoes [a fruit]. “Oh, I will make you a salad with the two!” said I. “And can it have some balsamic vinegar dribbled on it ?” asked Rachel .

Isis was an  Egyptian goddess associated with motherhood, fertility and magic. In roman times roses were used in her worship. What better way to celebrate the fertility of my tomato garden than with this salad?

The day before prepare candied rose petals: I used “Double Delight” roses because it is a fragrant rose and it’s name is so apt for the inspiration of this recipe. Try to choose fragrant roses from your garden. Taste them to determine which are least bitter and most delightfully rose flavored from your own garden (though the bitterness evaporates after candying). Lightly beat an egg white. Prepare a small flat dish with granulated sugar. Dip each petal individually into the egg white, then place in the pile of sugar lightly coating each side with the granules. Place on parchment paper overnight to dry.

Pick a beautiful plate for serving.

Quarter the “Isis” tomatoes and mix on plate with  the whole raspberries. Place the rose petals around the salad.

To serve each goddess or mere mortal , take a rose petal and place a raspberry and tomato quarter on it. Dribble it with the ancient vinegar. This vinegar is more like an elixir than a salad dressing and one intense thick drop will do. Pop the salad whole into your mouth.

Do not despair if you don’t have “Isis” tomatoes and very old balsamic vinegar; candied rose petals topped with raspberries are delicious on their own. 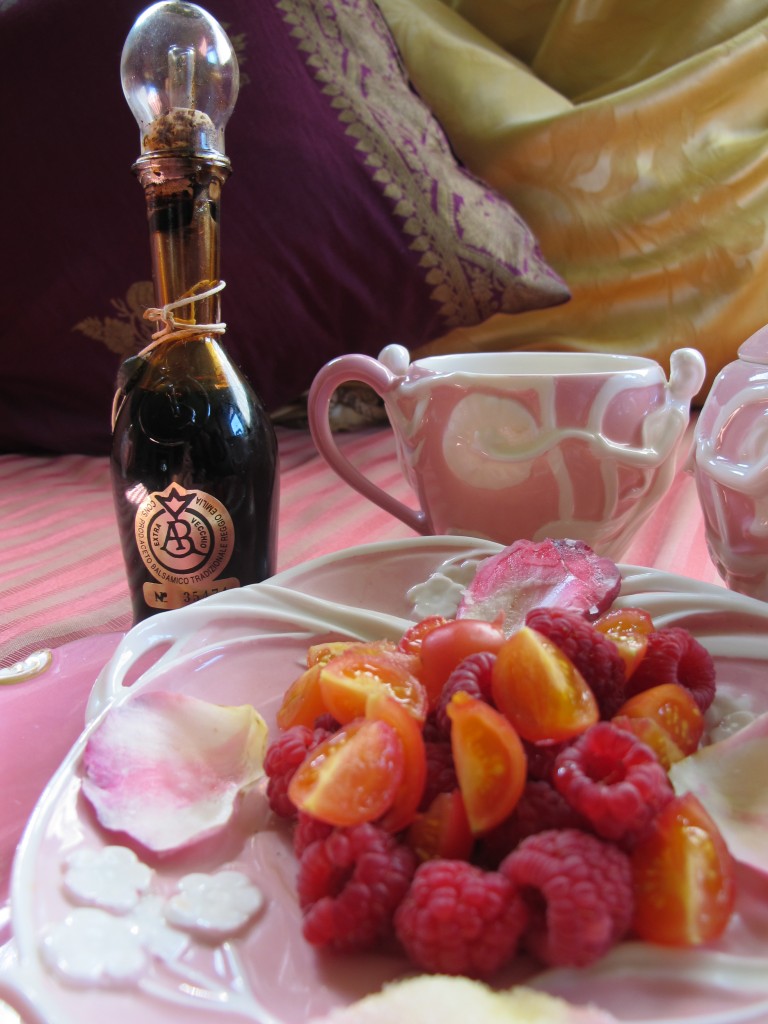 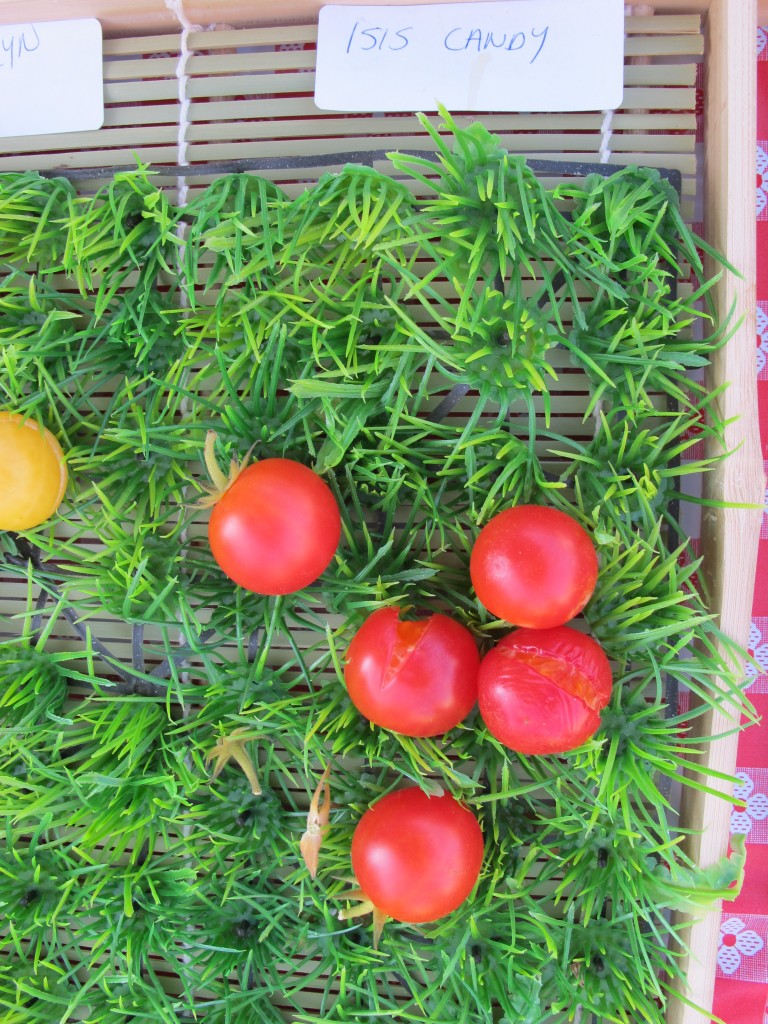 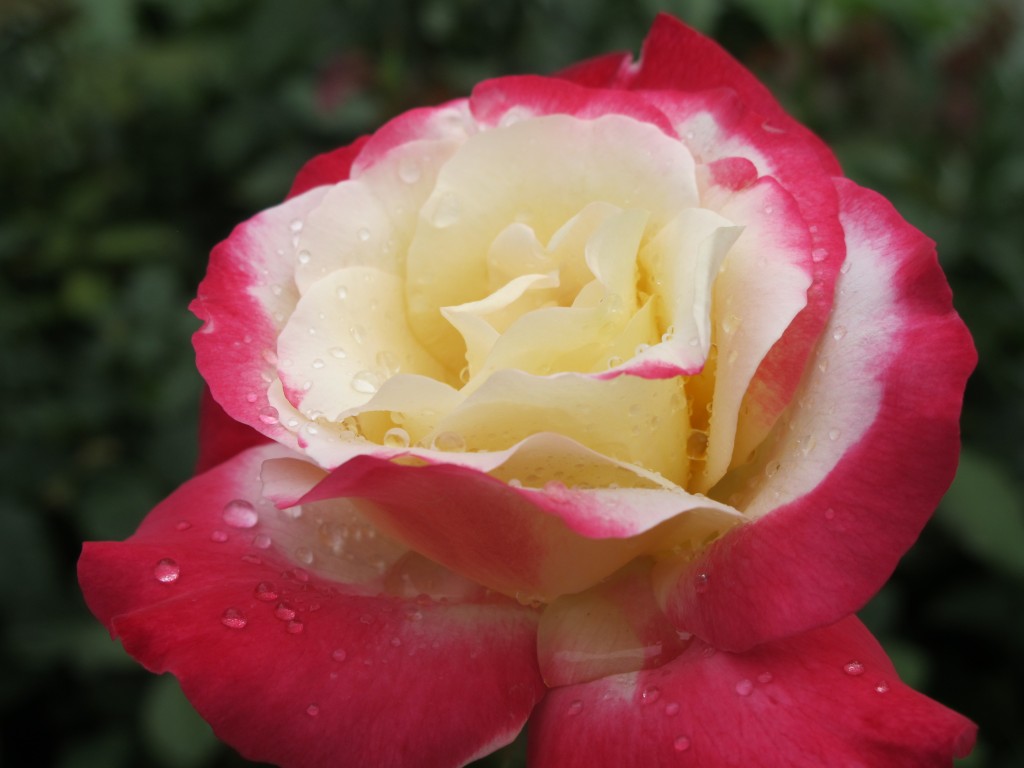 “Double Delight” the rose I candied 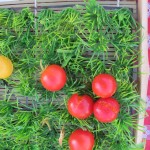 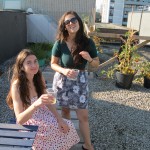 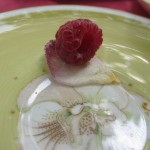 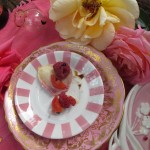 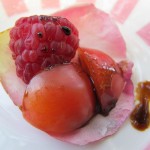 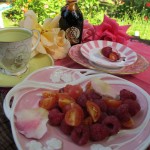 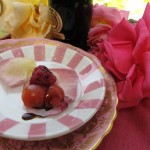 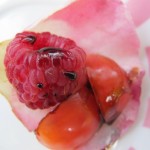 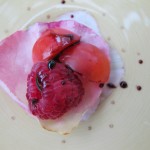 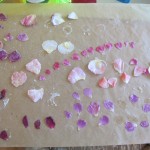 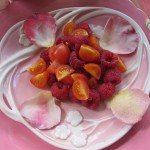 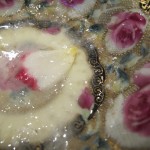 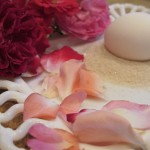 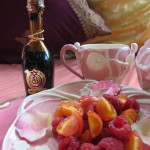 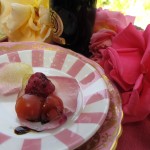 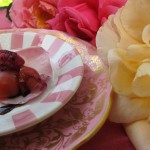 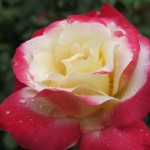 “Double delight” the rose I candied 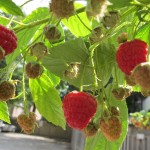 Raspberries in the garden behind my gallery