A toast to the tomato: tomato tasting, part 3 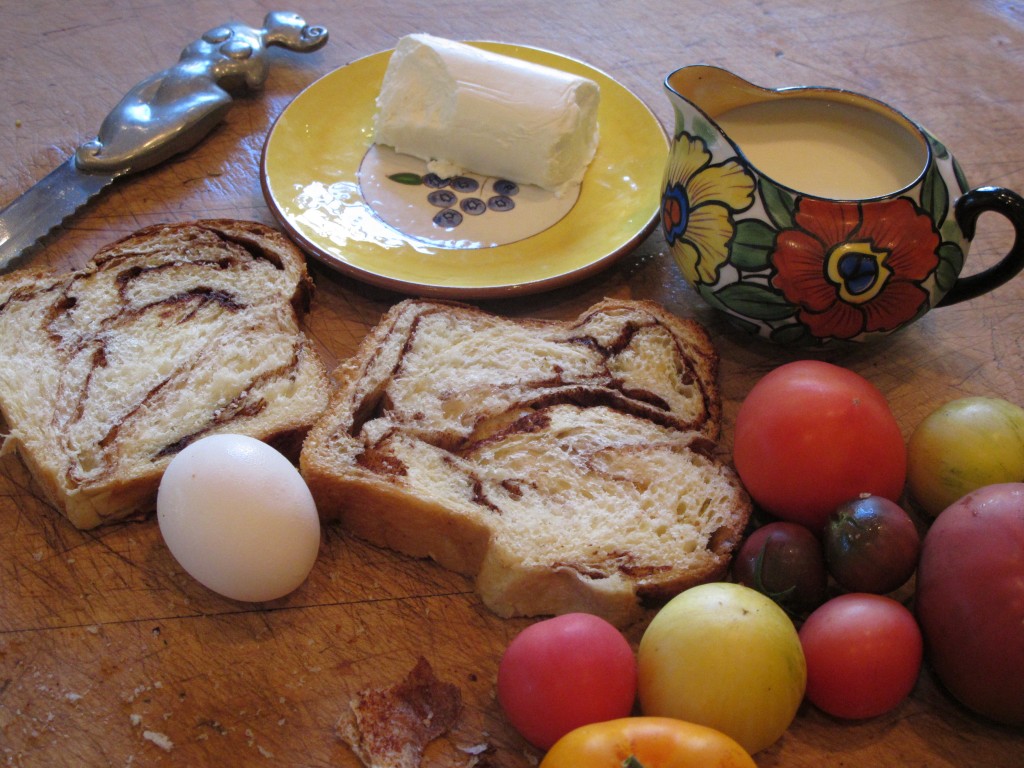 This is the recipe I created after last year’s tomato tasting . I used cinnamon bread because the taste of cinnamon and basil are reminiscent of each other.

Soak the sandwich in the egg and milk mixture ,turning occasionally until you think the bread has absorbed as much batter as it can

Turn down the heat under the oil and slip the sandwich into the pan. Gently cook, you don’t want to burn it before it is cooked through and the cheese is warm. Finish the cooking it by baking it in an ovenproof dish until done. 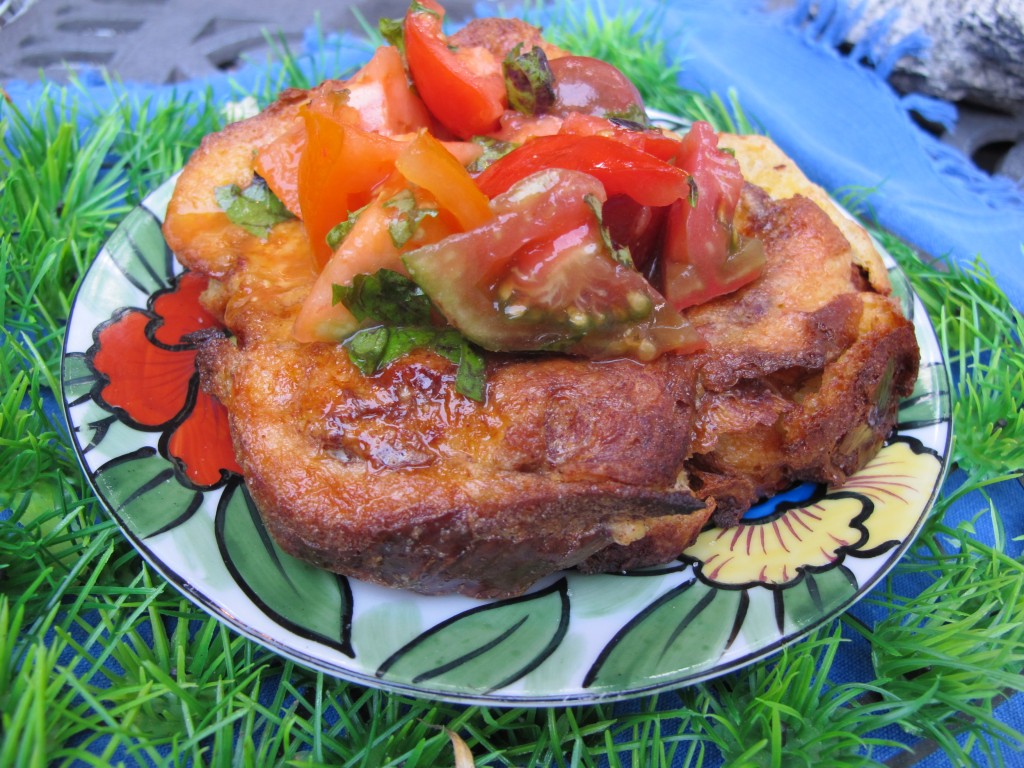 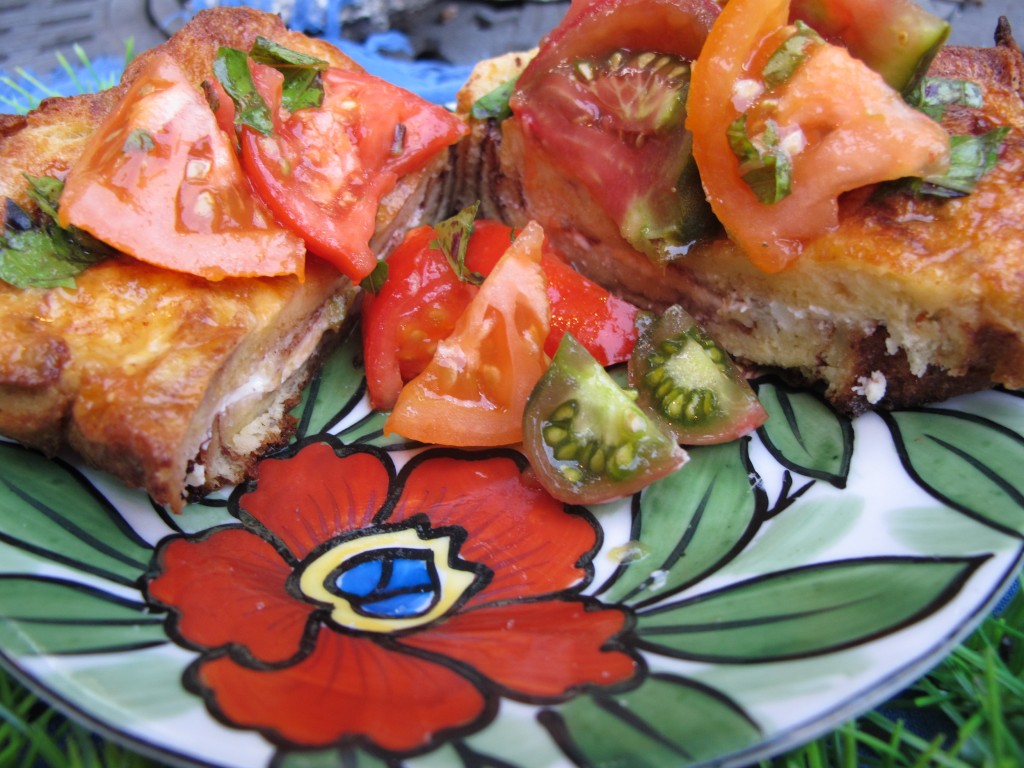 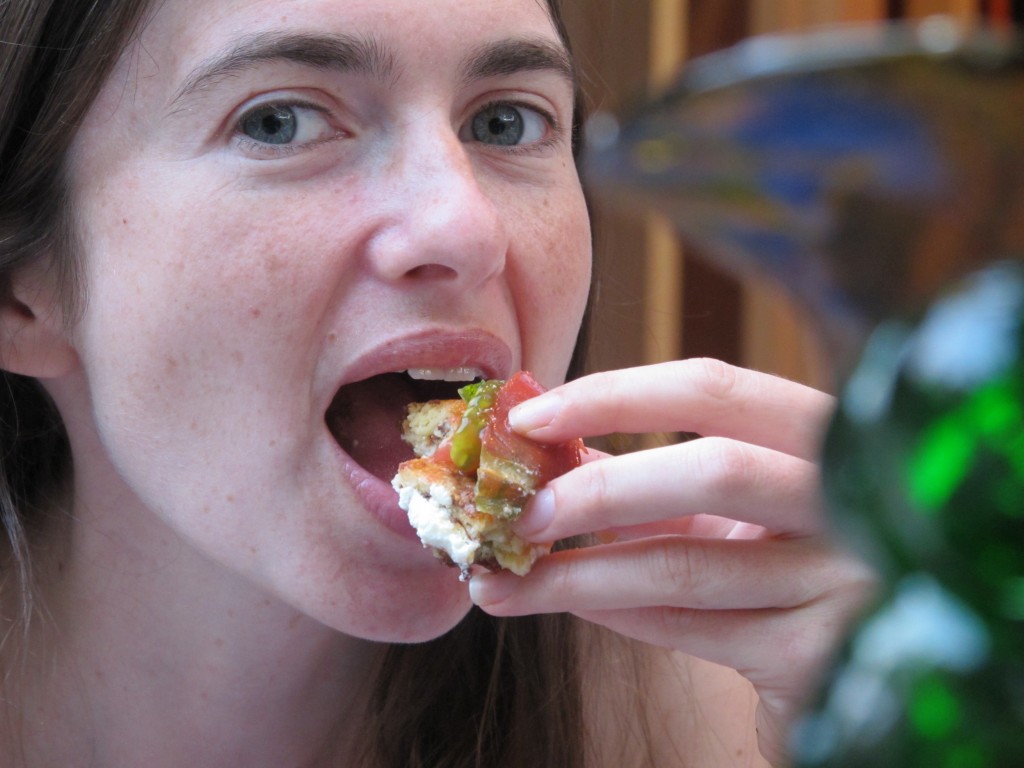